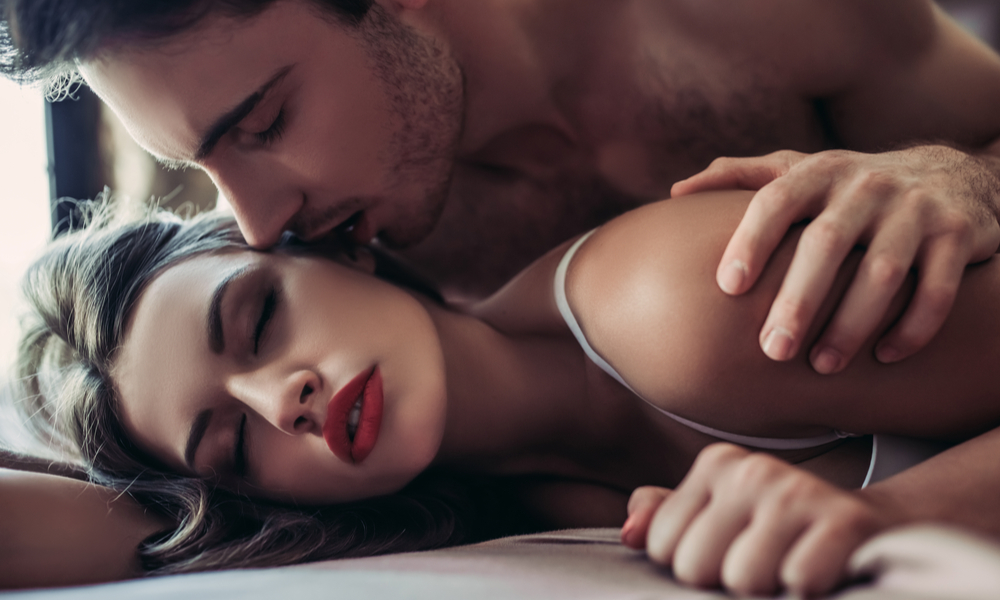 How normal is her sex drive?

How normal is her sex drive?

How often should your partner want sex? There is no simple answer.

The question you’ve just read is only one of the many I get asked about sex. As a sex educator and author, pretty much every question I’ve been asked boils down to the same thing: ‘Am I normal?’ And the answer is often the same. ‘Yes, you’re normal. She’s normal. That’s normal, too.’

In fact, over the past 20 years, I’ve become convinced that the single biggest issue causing desire problems is that men get too focused on whether their partners want sex or not, and forget to pay attention to whether the sex that they’re having is good or not. So how can you shift your focus and maximise your sexual potential for both you and your partner? It’s actually a lot easier than you might think…

Why Sex is Not a Drive

The idea that we each have a set level of desire ranging from ‘nope’ to ‘gimme more’ is kind of basic. You might assume that apart from fluctuations depending on the newness of a relationship, your and your partner’s levels of interest in sex are fairly static.

But what if I told you that the science behind your sex drive can more accurately be described as a dual-control model of sexual response—and that it’s really not a ‘drive’ at all?

The dual-control model says that the sexual-response mechanism in your brain has two parts. First, there is an accelerator that responds to all of the sexually relevant things that are in your environment and sends a signal that says, ‘turn on!’ (this could be the smell of your partner or her touch, or even the feel of her underwear).

Second, there are sexual breaks which respond to all the very valid reasons not to want sex right now—from unwanted pregnancies to STIs, to relationship and trust issues, stress or body image worries. Difficulties with desire (or having a ‘low sex drive’), are rarely about getting too little stimulation to your accelerator. Instead, lack of desire is more often about too much ‘brake’. The good news? You can absolutely do something about it.

What Makes a Great Ride?

Once you have a sense of how sensitive your brakes and accelerator are, think about what hits them. Think of the great sex you’ve had in the past and also not-so-great sex. Consider what it was about those experiences that made it easy to want and enjoy sex. Then think about what slowed things down or got in the way. Yes, you and your partner have your own personal turn-offs, but there are other factors that affect your levels of desire and some that have little or no impact.

HORMONES: Sorry, but these probably aren’t the reason for her lack of interest in sex. Research shows that less than 10 percent of women who have difficulties with desire do so because of hormones.

MOOD: Imagine she’s feeling flirty, and you start pushing all the right buttons that usually lead to sex. This could potentially spell F-U-N. But if she’s stressed and frustrated, and the same thing happens, she might want you to LEAVE HER THE HELL ALONE. Same sensation + different mindset = totally different experience. Mood can really matter with sex.

SEXPECTATIONS: Some women find themselves avoiding even kissing their partners because they’re worried that a make-out session will only create an expectation of sex that they’ll then feel obligated to fulfil. If this is the case with your partner, remove sex as an option for a while so that you can enjoy simply touching—without her fearing she might disappoint you.

So now you’ve identified what makes her slam her brakes, how do you stop them from interfering with her arousal? Pick something you can see is interfering with her desire—whether it’s her stress levels or the fact that you’re majorly getting on her nerves—and make a specific, concrete plan for dealing with it. While you’re coming up with your strategy, think through what the potential barriers could be. And then plan for what you’ll do if you encounter that barrier.

For example, if her worries about your expectations are interfering  with her sexual desire, remove them by taking sex entirely off the table. Make a rule that for a month you won’t touch each other below the waist, or even orgasm in front of each other (this is standard operating procedure for sex therapy). Instead, share touching—kissing, hugs, cuddles—without the risk of hitting your ‘What if this turns into sex I don’t want?’ brake.

Women, or anyone, with less sensitive accelerators and more sensitive brakes are likely to experience ‘responsive’ desire. This means that when you start kissing her neck in a sensuous way, or nibbling her earlobe just how she likes it, her body thinks, ‘Sex? That’s a good idea!’ This is not the same as ‘spontaneous’ desire, which seems to appear out of the blue, before anything apparently sexy is happening. Most of us will experience both spontaneous and responsive desire at different times in our lives. Unfortunately, many of us have been taught that spontaneous desire is the ‘best’ type—but responsive desire is just as normal and healthy. If any of this sounds like your partner, try shifting the focus away from trying to want sex, and pay attention to what kind of sensations she enjoys instead. You might find going slowly and building up to sex gradually can only be a good thing. The more you embrace pleasure and create contexts where pleasure can grow and expand, the more desire will emerge all on its own.

P.S. For more juicy intel on how you can influence her libido and make her crave you 24/7, check out my program on the subject: Flesh on Flesh – Your step-by-step roadmap to jumpstarting her desire for sex.