Kunyaza or the African secret to the female orgasm

Kunyaza or the African secret to the female orgasm

“Love is the answer, but while you’re waiting for the answer sex raises some pretty interesting questions”- Woody Allen

Experts say that 70% of women do not orgasm with vaginal penetration alone. Nsekuye Bizimana, the author of The Secret to African love, decided to help women all over the world by writing a book especially for men, in which he tells them about kunyaza, an ancient sexual technique practiced widely in Central and Eastern Africa.

Nsekuye Bizimana, the head of a research institute dedicate to kunyaza, is convinced that this technique holds the secret to female orgasm. Transmitted orally, the art of kunyaza, “the magical caress”, as they call it in Rwanda, is said to be so effective that most women have multiple orgasms and even an ejaculation.

Since I’m always eager to find out new things and experience as much as I can sexually, I went ahead and bought the book for my husband and we studied it together.

After trying the tricks they taught us, I must go ahead and confess: it was like nothing I have tried before! I experienced the fastest and most powerful couple of orgasms in my life! And it’s not hard to do either, so what are YOU waiting for? This is a nice substitute for oral sex, if you’re girlfriend is one of those women that don’t really feel comfortable with it.

The book is yet to be published in English, I read it in French, so if you don’t know the language, check out my resumed version of it bellow. I had to share my discovery with you guys, for once because I’m not selfish and I want other women to experience the joy and happiness I felt.

It’s basically a really intense of a woman’s private parts. You have to tap the internal area of your girlfriend’s vagina with the tip of your penis either vertically or horizontally, or both, however you feel like it. Don’t forget to pay attention to the clitoris also, but make sure she is well lubricated, otherwise she might find the tapping on her most sensitive zone disturbing. If you do it well, your girlfriend should be able to have an orgasm in approximately five minutes.

What if I get tired?

I know, you’re putting a lot of pressure on your wrists to continually tap for minutes on end. When you feel your hand can’t take it anymore, pass the job to your girlfriend, she will love to be a part of it. Another way she could help you is by exposing her most sensitive parts, so that you have an easier access inside her. If you reach and tap your girlfriend’s prostate, located behind the G point, which is a highly erogenous point, Bizimana says you could consider the job done. She’ll orgasm before you even know it!

From kunyaza to intercourse

If you want to use this technique as foreplay, go ahead and do it. Your girlfriend will be ready and excited and, because of the tapping, your penis will grow more erect and hard, which would make intercourse a viable and pleasurable option. Also, if you’re fighting erectile problems, this method is great for curing them. Bizimana conducted a study that confirmed the effectiveness of this trick against issues like that.

A twist I suggested my husband to try was to mix this recent discovery with his fingering technique. Man, I’m glad to have thought of that! The roughness of his penis tapping against my vagina combined with the softness of his fingers and was incredible. I don’t know how many orgasm I had, at one point I stopped counting, but I sure felt like a kid with Santa’s bag of gifts only to himself. Start by stimulating your girlfriend with your fingers, covering both the exterior and the interior parts of her sex and finish her off with a nice dose of tapping. Don’t stop after the first orgasm, unless she had one so powerful that she needs a moment to catch her breath. If she’s ok with you guys continuing, go back to kissing and licking and then tapping again. She’ll reach seventh heaven!

Have a fully sexy week,

P.S. What do you do to make oral sex more exciting and different all the time? Any tricks that you care to share with the rest of us? To discover more advanced tips and techniques about oral sex CLICK HERE NOW! 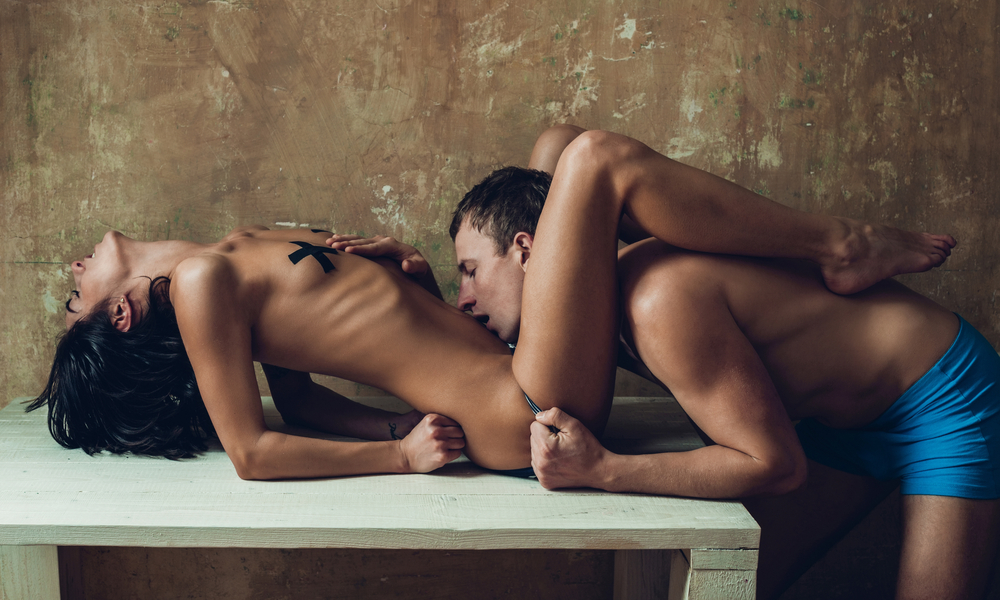