Her 10 Top Complaints About Your Foreplay Techniques

Her 10 Top Complaints About Your Foreplay Techniques

Every guy out there that knows anything about women knows that foreplay is a very important part of providing maximum pleasure for your woman. Women aren’t like men in the sense that they can have a sexy thought, get turned on right away and be ready for sex. They need time and to be physically warmed up before they’re 100% ready. Spending a lot of time on foreplay also helps build up sexual tension, which will make her eventual orgasm even more powerful.

So, we know foreplay is important, but sadly there are a lot of men out there making big mistakes when it comes to foreplay. Do you think you might be one of them? Read my list of the top 10 complaints women have about your foreplay techniques to make sure you don’t commit one of these grave errors.

2. Sara says, “Talk to me, baby. I love when my boyfriend talks dirty in bed. He tells me how sexy I am and makes it really clear that he’s super turned on by me. I love it. It does wonders for turning me on. Even when he doesn’t talk, he moans and breaths heavy in a way that lets me know just how much he’s enjoying what we’re doing. I was with a guy once who never made a peep and it was awful. I never knew if he even liked having sex with me. It was hard to get into it because I felt like I wasn’t getting any feedback.

3. Desiree says, “One boyfriend I had never paid much attention to my breasts during foreplay. I love having them touched and played with so it was really hard to get turned on when he barely touched them.”

4. Laura says, “Be open to feedback. My ex always got offended if I gave him a little direction. I think he thought it meant I didn’t like what he was doing, but that wasn’t the case. I loved getting feedback from him because it helped me please him better, but for him it was like it was an insult to his manhood. The best thing a guy can do is listen to his lady and be open to what she has to say.”

5. Jesse says, “Use a light hand. When my husband and I first got together he would always stimulate my clitoris way too rough. He thought he was being gentle, but he didn’t realize just how sensitive it is! I would always have to tell him, “less pressure” over and over again until he finally got it.”

6. Keisha says, “Undress me. Too many guys rush that whole part and they’re really making a big mistake. The act of undressing a woman can be very sensual and a huge turn on if it’s done the right way.”

7. Maria says, “Easy does it with that tongue. I hate it when men use too much tongue, jam it down my throat or lick my face and get all slobbery. It’s gross and it doesn’t turn me on at all. Sometimes I try to make it obvious that I don’t like it by making a big thing of wiping off my face, but some guys just don’t get the hint.”

8. Jacqui says, “Use both hands to please me. Some guys just use one hand to rub your clit or something like that. You have two hands, so use them both! Do something else with the other hand, make me feel like you can’t keep your hands off of me.”

9. Jill says, “Pay attention to what I have on. If I’m wearing sexy underwear or a short skirt, I’ve done that to get your attention. Don’t just rip my clothes and underwear off without giving me a little appreciation first.”

10. Ellie says, “Learn how to multitask. Seriously, men, you should be good at foreplay, and that means knowing how to do more than one thing to me at once.” 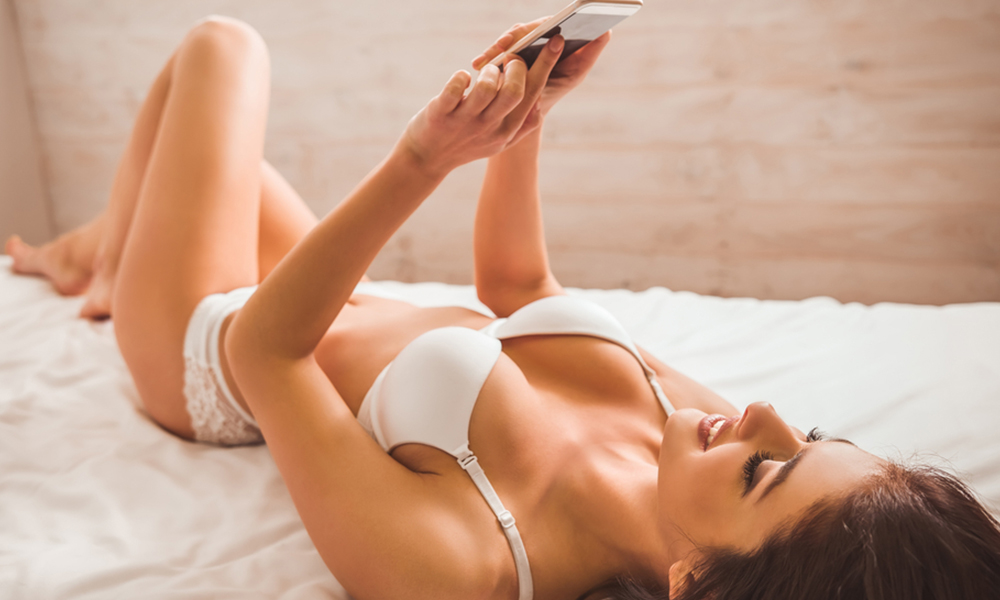