If there is one part of the body that men especially rave about, it would be the breasts. You see men’s love for them everywhere you look: movies, advertisements, music…it’s impossible to escape. Knowing how much men love breasts, you would think they would all be experts at playing with them, but shockingly, this isn’t the case. Overwhelming, women complain that men don’t know what they’re doing when it comes to their breasts or that they don’t pay enough attention to them at all.

Listen up, guys, the breasts are an important erogenous zone. If you aren’t stimulating a woman’s breasts enough, or in the right way, you’re missing out on an important part of pleasing her sexually!

When we first got together, my husband never paid much attention to my breasts. It was weird because I knew he loved them, but when it came to getting it on, he would spend a minute rubbing them up and then just move on. I was pretty disappointed because I have really sensitive boobs and I love when a guy touches them. I didn’t know how to tell him I wanted him to touch them more, so finally one day when he was doing his usually rubbing up, I said, “oh god that feels good.” He didn’t stop right away and asked “you like that?” That opened the door for me to tell him how I like to be touched. It turned out that he just wasn’t really sure how to stimulate my breasts, that’s why he always moved on so quickly. He didn’t want to do it wrong, so he avoided it all together. My advice for guys out there? Try different things and ask your partner if she likes it! Every woman likes something a little different and the only way you’ll know what your woman likes is by experimenting a little bit.

My man always spent a lot of time sucking on my nipples, which I really like, but he almost exclusively paid attention to my nipples, ignoring the rest of my breasts. I always wished he would touch, lick and suck all over my breasts, not just on the nipples. That area is awesome, but it’s not the only thing the breasts have going on for them. Try paying attention to other parts of the breasts and I’m sure the women out there will go crazy for it.

I never even knew the pleasure I could get from my breasts until I met my 2nd husband. He was a boob man and he definitely knew what he was doing when it came to touching them. I never thought I could orgasm from anything other than clitoral stimulation, but he showed me otherwise. He would start slowly and softly tracing little circles on my breasts and then move into the nipples with his fingers. The light sensations slowly built up over time. Then he would start using his mouth to lightly lick, and then suck on them. He didn’t just do it for a minute, he spent a lot of time down there licking, sucking and touching until I had a breast orgasm! I was so surprised. I didn’t even know that was a possibility. But once I had one, I wanted more. Luckily,  he is always happy to indulge me!

One place I thought I wouldn’t want anyone nibbling on my body was on my breasts. I think I was always nervous that a guy wouldn’t know the limits and would bite too hard. I mean, the breasts and nipples are a super sensitive area and you need to know what you’re doing if you’re going to use your teeth. Well, when I met my ex, he changed my mind about biting and nibbling. He knew exactly the right amount of pressure to use to make it feel so amazing. I was able to relax and I ended up LOVING it. If I had to advise a guy who wanted to try it I would definitely say to be really gentle until you know her threshold. The last thing you want to do is hurt her. That’s a big turn off!

P.S.: Boob play is extremely fun and pleasurable for your lady if you know how to take your time and build anticipation.

If you want to learn more in-depth techniques on breast orgasm, I recommend you check out my program called “Boobgasms”. It contains precious information on how to prepare your lady for sexy HOT boob action and how to pleasure her twins the way she wants you to. 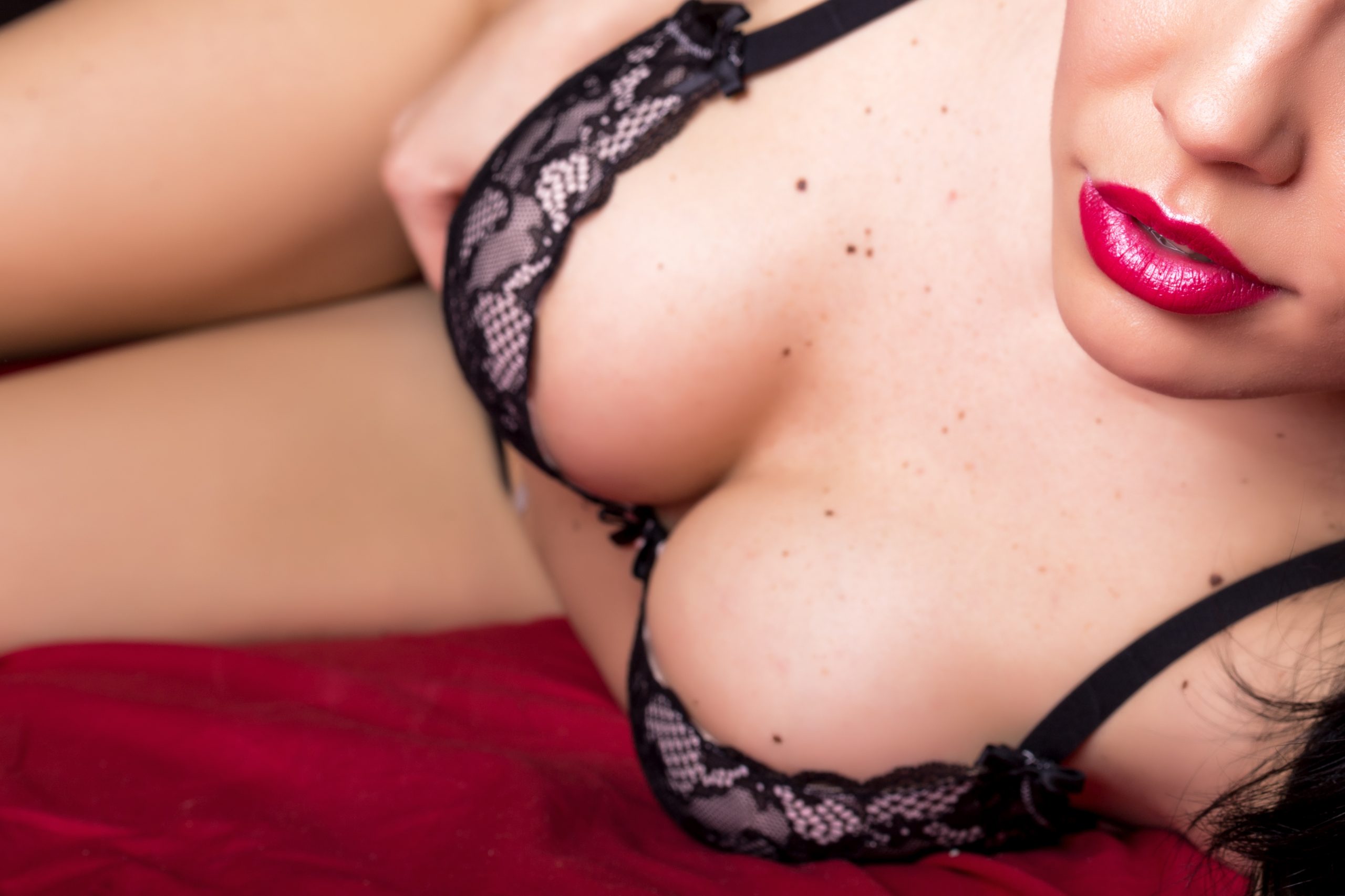